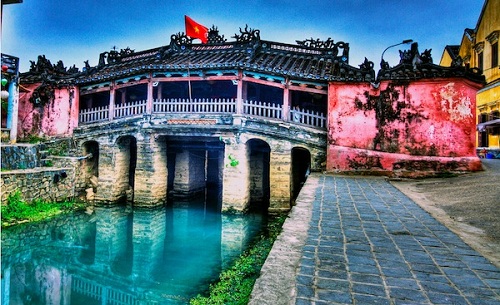 A beautiful view at Bridge Pagoda 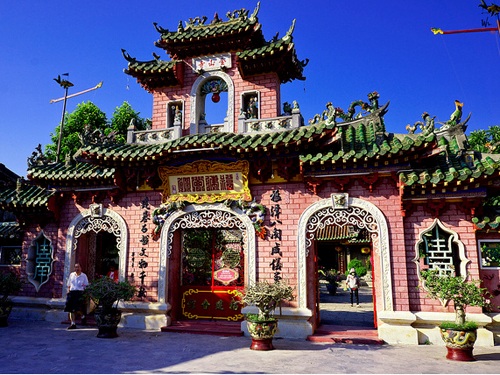 The gate of Fujian Assembly Hall

This assembly hall was built by a group of Phuoc Kien people (Chinese) when they came to Hoi An for a living in 1759. Hoi An has 5 assembly halls set up by many Chinese groups but the Fujian hall is the most popular with tourists. A precursor of this assembly hall was a small temple which worshiped Thien Hau – the goddess who recuses sailors from stormy seas. With a lot of restoration and a lot of spiritual festival held by the local people, Fujian assembly hall becomes more splendid and attracts many domestics and foreign travelers every year. 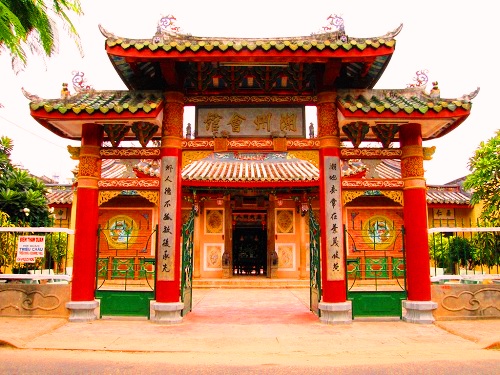 The front of Assembly Hall of Chaozhou Congregation

This assembly hall was built by Chaozhou people (Chinese) to worship general Ma Van – the goddess who can control the stormy seas, help businessmen’s business be in smooth waters. Assembly Hall of Chaozhou Chinese Congregation is prominent with the special architecture and patterns made of wood. It also featured beautiful porcelains which were skillfully made by the ancients. 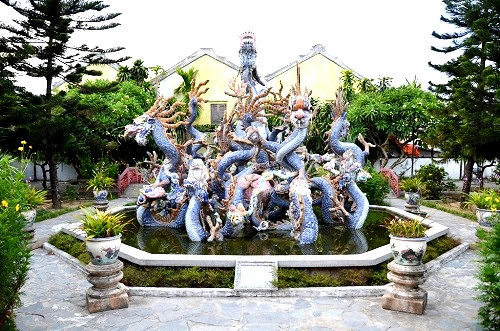 It is also other assembly hall which established by Chinese. Beautiful granite columns supporting the entrance makes this assembly hall’s architecture become new-fangled. This assembly hall is used for worship general Quan Cong – the talented general of Chinese.