Up to 3500 foreign tourists to Hue former capital were welcome as New Year callers on January 1st 2014. 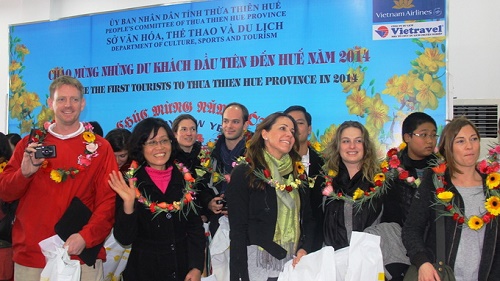 Ceremony to welcome the first tourists

Thua Thien Hue province also organize ceremony to welcome and give gifts to the 20th passengers who enter Vietnam on VN1541 flight.

These passengers are chosen random among 148 foreign tourists on VN 1541 of Vietnam airline taking on Ha Noi city and taking off Phu Bai airport on January 1sr 2014. 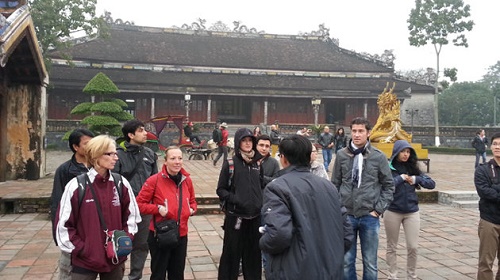