SIX-CLAUSE WHICH TOURISTS OFTEN DO WHEN COMING HANOI

Mostly Hanoi’s residents only realize a few clauses as below at least once or never come places which tourists often travel.

The following are the clauses often have in the plane of tourists when coming Hanoi:

A international tourist is looking at the picture at War Remnants Museum. Photo: Haeberle.

Hanoi has 16 museums on all over urban districts and essentially opened time. In order to visit, visitors have to buy ticket according to the regulations of each museum. Those who visit essentially are tourists come from the other countries or other regions.

2. Coming the Temple of Literature – Quoc Tu Giam on weekdays: 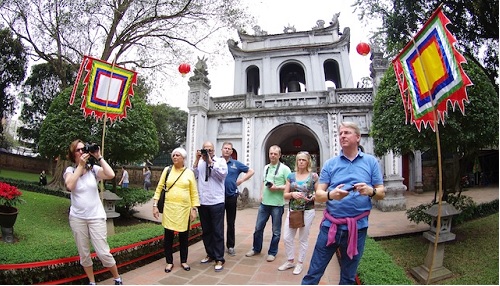 It is regarded to be the most multiform, rich population at Hanoi. The Temple of Literature – Quoc Tu Giam has located on 23 special national monuments list. Hanoi people always pride about that and suppose the Temple of Literature – Quoc Tu Giam as a symbol of the city. However, it isn’t always they also visit this population. They often gather the densest on New Year’s Day or before the University Entrance Examination. 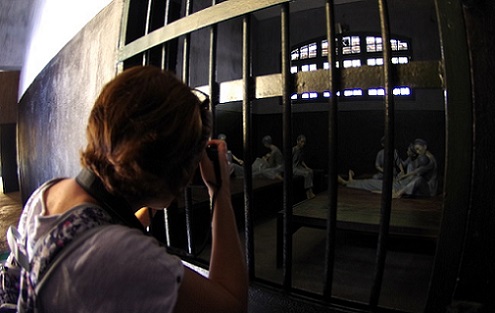 Most of people visiting Hoa Lo Prison are foreign tourists

Hoa Lo Prison was built in 1896, which was the place detains many political prisoners Vietnam. After 1954, Hoa Loa Prison was administered by the home country and used to detain American pilots skydiving. 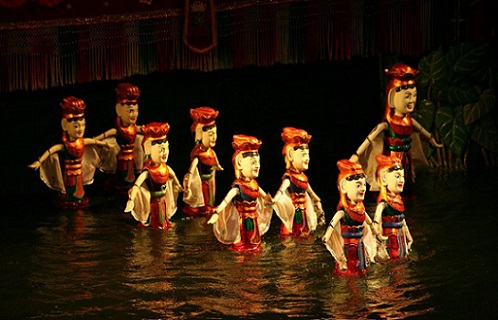 In Hanoi, the place which watch Water Puppet the most popular is Thang Long Water Puppet Theatre, 57B Dinh Tien Hoang streets. With many the performances on the day beginning from 13:45 to 21:15 PM, here is often a destination of many visitors. With Hanoi people, almost anyone are at least once in one’s lifetime watching Water Puppet at the theatre, but later they only come back because of the following reasons such as: introducing culture or bringing their children to enjoy. Ticket prices are about 60 000 – 100 000 VND.

5. Sitting on the cyclo: 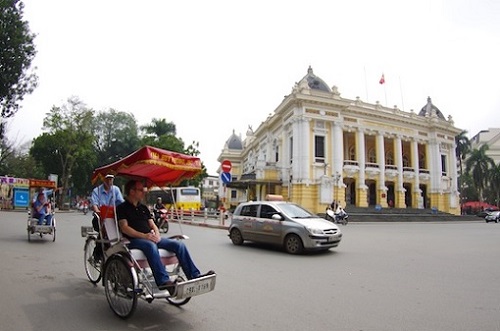 Nowadays, the cyclo is only traditional cultural of Hanoi and essentially for tourists

The cyclo is the most common means of transportation in last century, nowadays the cyclo is only traditional cultural of Hanoi and mostly serves for international tourists. On the streets of the capital, the cyclo hasn’t also appeared much. With busy, modern lifestyle, Hanoi’s residents essentially use the motorcycles or the care to circulate every day. 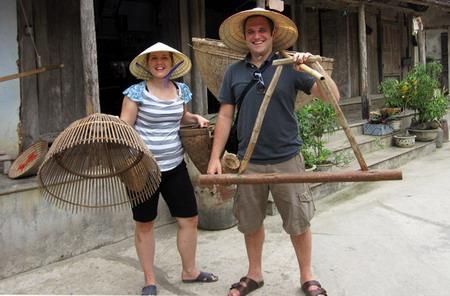 A German couple is enjoyable with Vietnam’s traditional product

Walking through Hanoi ancient town, you will easy see the picture of the shops selling lacquer painting with the writings made meticulously, originally. The buyer essentially is tourists who buy to do souvenirs or the presents with special Vietnamese cultural features. With Conical hat, either. Mostly there are only international tourists buy and use in their itinerary to discover the capital. Meanwhile, Hanoi people often wear the kind of hat fashion and the most essential being helmet.