There are 4 statues that were casted a statue in the first time that contains Ly Thuong Kiet commander, Tran Hung Dao commander, Quang Trung (or Nguyen Hue) Emperor and Vo Nguyen Giap commander. They are glorious heroes of Vietnam since thousand years ago. 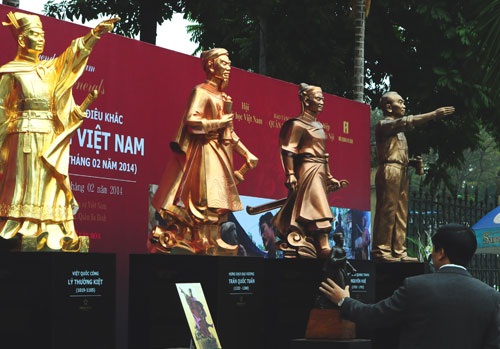 In addition, there will be more Vietnam heroes cast to statue such as King Ngo Quyen, Le Loi Emperor and so on at the second cast.
According to scholar Duong Trung Quoc, casting Vietnam heroes aims to develop patriotism of the young. They are important means for Vietnam to encourage patriotism for Vietnamese descendants and introduce to world friend about Vietnam’s history. 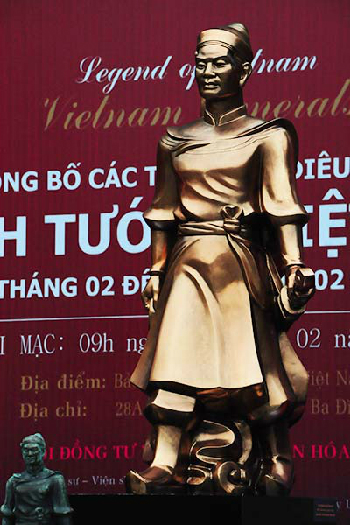 According to Nguyen Huy Hieu senior lieutenant-general, 3 statues of Quang Trung Emperor, Tran Hung Dao commander, Ly Thuong Kiet commander have expressed their vigor from famous heroes, but the statue of Vo Nguyen Giap commander should be changed the toward of arm. Instead the arm are outstretching, it should change to stretch the fist as the mark in Vietnamese’s heart. 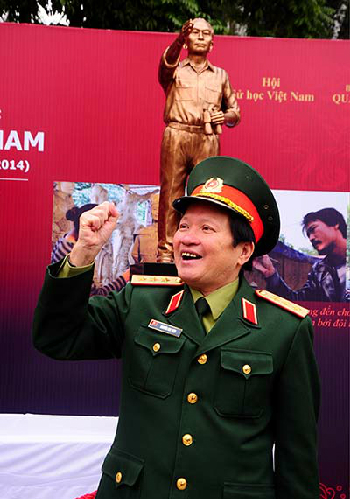