With over 500 models wearing military uniform from around the world, the worldwide arms museum is considered as the most impressive museum in Vietnam. 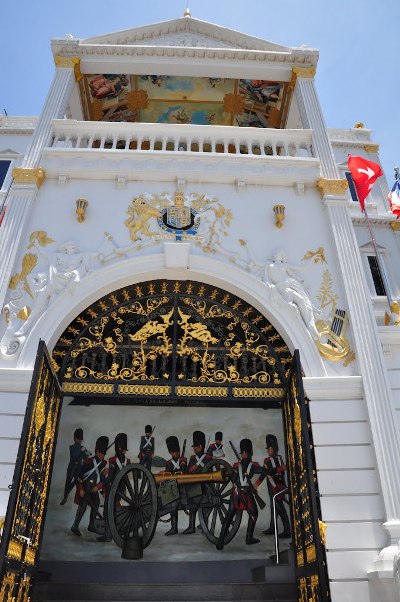 The gate of Worldwide arms museum

The lighthouse, night market and Sau beach are familiar sights in Vung Tau city, the ancient museum is quite alien with international and local visitors. Few people can think the city of sea can possess unique treasure.

Following to the winding ramp, it leads to the famous lighthouse of Vung Tau city. Visitors will be overwhelmed by the big house that look likes a new castle. It is the worldwide arms museum, opened in 2012 and got a record about ancient weapon and biggest museum in Vietnam. 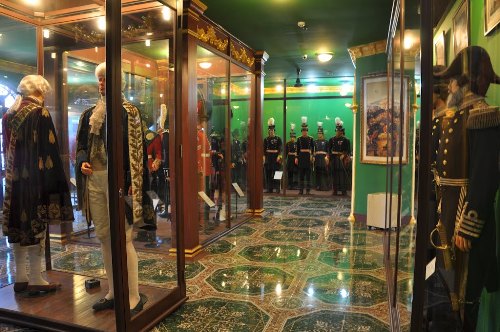 Located in the high hill, the museum is truly a wonderful view to catch all landscape of Vung Tau city. The first impression is there is a large courtyard with walls as fortress and watchtower as western style. Besides the cannon mounted on the walls, there are dozens turrets toward the sea. As long as there is enough for tourists feeing like being ancient structure in Europe.

Step inside, it’s difficult to take the eyes off the artifacts on display here for both of those who love exploring museum and simply curious antique weapons. With 300 meter square, people can sightsee in person museum uniforms and weapons of army forces of world such as Japan, China, Britain, France, Germany, Netherlands, Austria and Russia, etc. over the centuries. 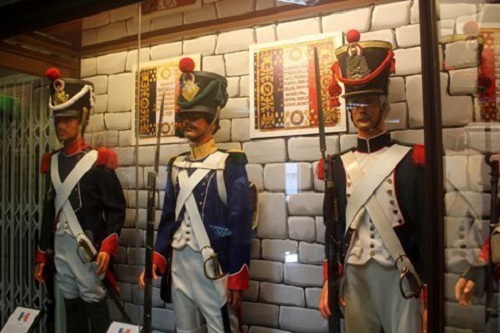 To make more convenient for tourists, the space in this museum is separated into private areas. The first room is used to display weapons from antiquity to medieval period of solider from China, Viking, Spartan, Samurai, Shogun, Japan, Greece, Hoplite, gladiatorial combat. Especially, there are swords of Muong ethnic minorities in Vietnam.

The second room is used to exhibit weapons and instruments of United Kingdom army in modern period such as postman, trumpet signal, soldiers, cavalry, navy and cavalry of Queen. The third room is used to display guns from British, France, Germany, Holland from 17-19 century such as guns, pistols, rifles, muskets, etc.

The fourth room is where visitors can admire the military equipment of European modern. Even tourists can enjoy a number of modern weapons of Russian and Britain at this museum.