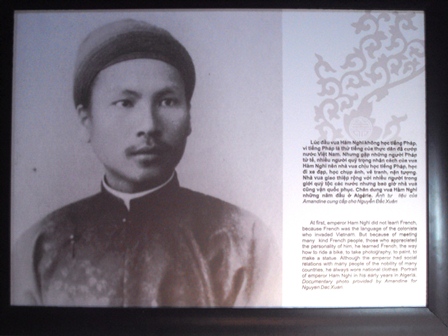 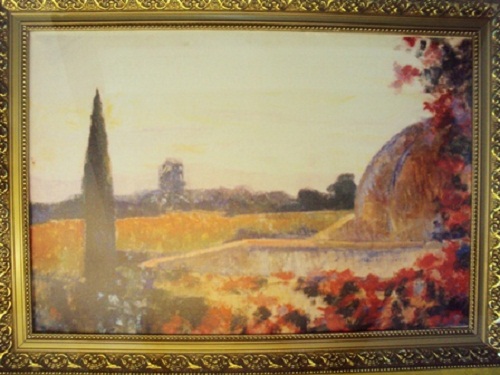 King Ham Nghi painted this painting about country of Vietnam 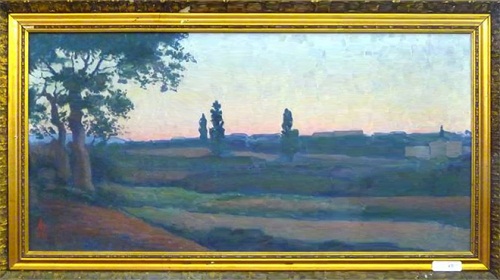 According to Phan Thuan An scholar, this exhibition exposes a new part of life of king Ham Nghi. Nguyen Dac Xuan leaving from Vietnam to France collected these materials. He hopes local government will connect to Ham Nghi’s family in France to bring Ham Nghi’s remains to burry in Vietnam. 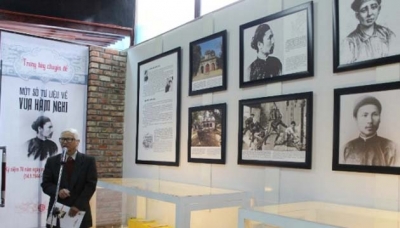 Exhibition about the life of King Ham Nghi

Emperor Ham Nghi and King Thanh Thai accompany with King Duy Tan are 3 popular kings of Vietnam who always object to invading from France. Vietnamese citizen always admire his courage and patriotic fervor. He was exiled to Algeria on 12 December 1888. He had 3 children, Prince Minh Duc, Princess Nhu May and Princess Nhu Ly. He died in 1943 and was buried in Thonac cemetery.