There are many Vietnam attractions such as: Ha Long Bay, Temple of Literature in Hanoi, Bridge Pagoda in Hoi An,… are the famous historical monuments, tourist attractions  in Vietnam which attract a lot of tourists.

Not only is it the currency, but also does it shows the history – culture of every country by the picture printed on it.

On the 100 Vietnam Dong(VND), there was a picture of Pho Minh Pagoda, located on Tuc Mac village and far 4km from the city centre, which is one of the remnants of Hao Khi Dong A period. Pho Minh Tower was built in 1305, including: 14 floors, 21.1 of height, great dimensions and solid. The structure is pyramid and has many angles. 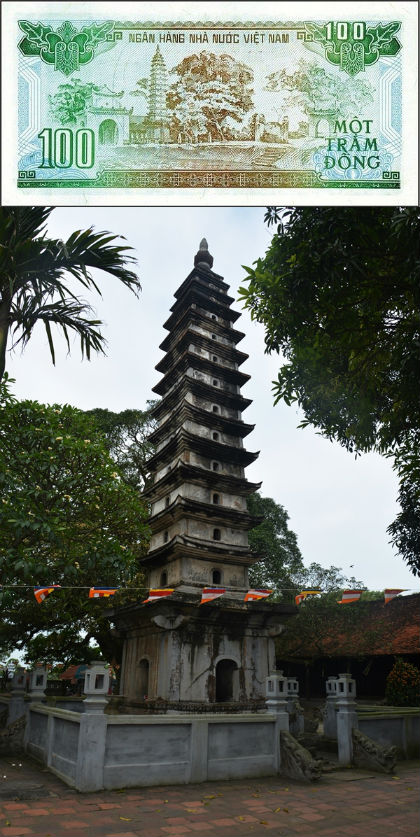 On the 20.000 VND, there is a picture of beautiful ancient Cau Pagoda (Hoi An). The bridge in this pagoda has 18 metres of height, lean-to, and across from a stream to Thu Bon River. Both the pagoda and the bridge were made from wood, painted and carved meticulously, the front of this pagoda is located on the River. It is considered a symbol of cultural exchange between Japan – China – Vietnam in Hoi An and attracted many tourist visiting. 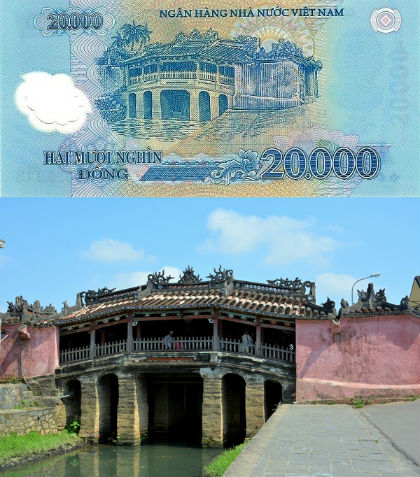 This historical monument, which is printed on 50.000 VND to be the ancient structure in Nguyen period. Nghenh Luong Temple located near Perfume River and was used to as rest place for King before taking off Dragon Boat. Phu Van Lau was built under Gia Long King period and was used as a place to inform important information from the King or results of national exam. 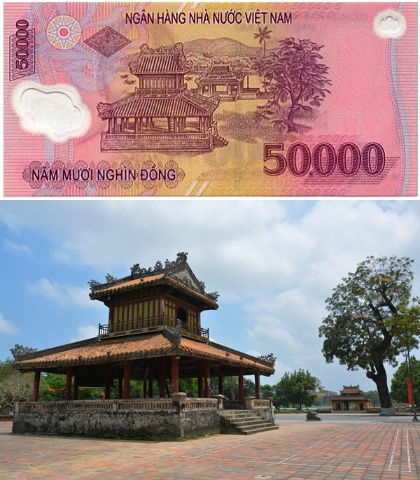 Dragon Pier is printed on 50.000VND. This was the largest commercial port in Saigon, which also was the place where Uncle Ho left to find the way to liberate Vietnam. And nowadays, it becomes Ho Chi Minh Museum. 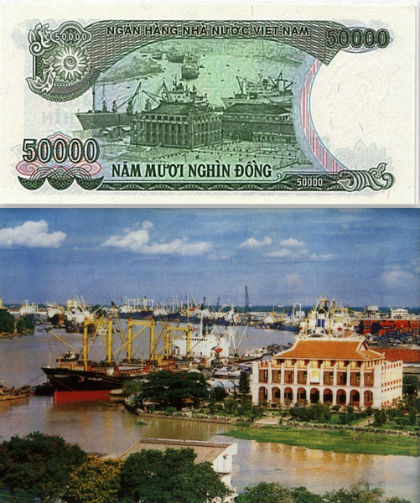 This attraction is appeared on 100.000 VND. It is considered a symbol of everlasting of Vietnamese culture, education. This place also is the famous attraction in Hanoi capital, attracting thousands of tourists come here every year. Moreover, there are many activities which are held here, such as: cultural activities, honor the people who come first on the test, recite poems activities, introducing spring poems activities… 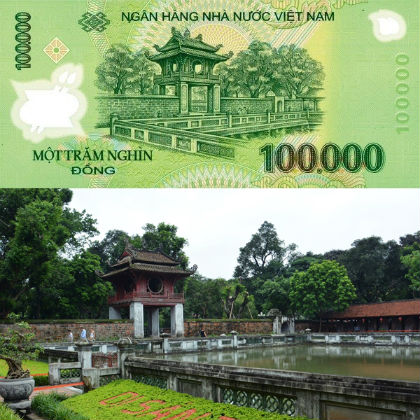 This attraction is printed on 100.000 VND (old). The house is simple and located on the centre of Hanoi. In addition, the house is made of wood, coved by tiles with 3 rooms and has a lake in front of. Its disposition and arrangement of this house remind the same house of ethnic group in Viet Bac. Moreover, this house brings the value of thought and artistic by simple and truthfulness and shows us the poor but honest of Uncle Ho. 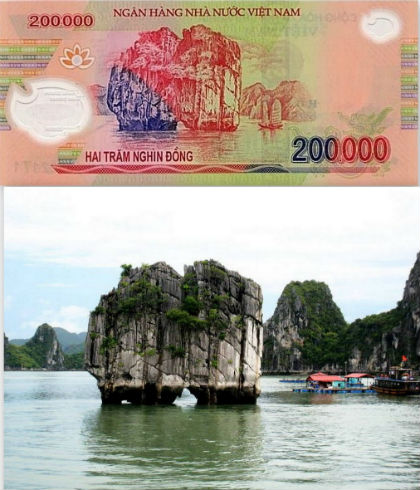 Appeared twice on 10.000 VND (old) and 200.000 VND (polymer), Ha Long Bay is the famous attraction. It is seem as the enormous art of nature with thousands of islands.

It is the biggest value paper now, the paper with face value 500.000VND has the picture of five compartments in Lotus Village (Nam Dan, Kim Lien). This house is a centre to keep an old documents, exhibits, … 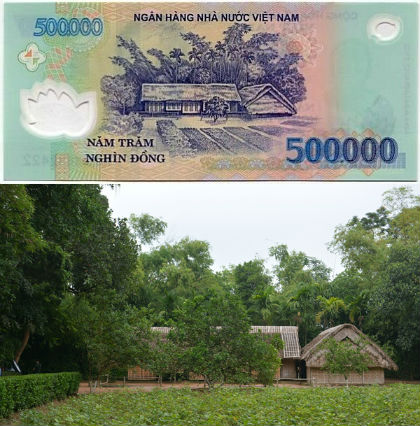