From Nov/10/2013 to Nov/30/2013, there will have balloon show at 5 provinces in the North of Vietnam (Ha Noi capital, Ha Nam province, Nam Dinh province, Hai Duong province and Quang Ninh province) with the topic “Asian wings”. This show is specially sponsored by Chien thang Ltd. Company. 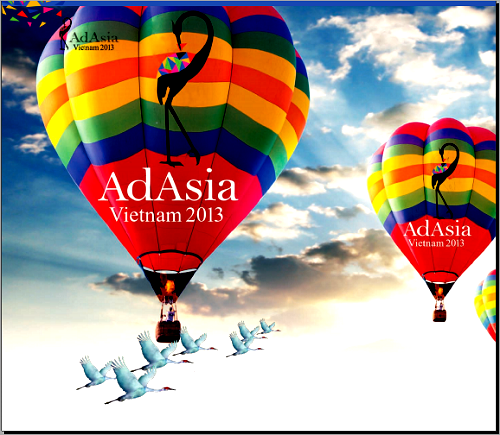 The image to advertise for this show

This is an activity in honor of Vietnam is hosting 28th Advertisement Asia Festival – Ad-Asia 2013.

There will have to be 7th 10 balloons (22 meters in high and 18 meters in diameter) which will fly up to perform. There will be around 5 to 10 balloons at Ha Noi capital, there will be also maximum 5 balloons at other provinces. To control balloons, there will have 8 Vietnamese pilots and 10 foreign pilots who come from United States, Netherland, Malaysia, Thailand and Taiwan.
At Ha Noi capital, balloons will fly freely from Nov/10/2013 to Nov/14/2013 in some places such as: the front of My Dinh stadium, Truc Bach lake, the east of Vinh Tuy bridge, Thang Long bridge, National Exhibition Center – NUPEL. Especially, there will have a show which 5 balloons will be float in the air from 7:00 am to 9:00 am and from 19:00 pm to 21:00 pm every day at National Exhibition Center and the performance with flower garlands and colored lanterns on Nov/12/2013 night and Nov/13/2013 at My Dinh stadium and on Nov/14/2013 at Thien Duong Bao Son park. 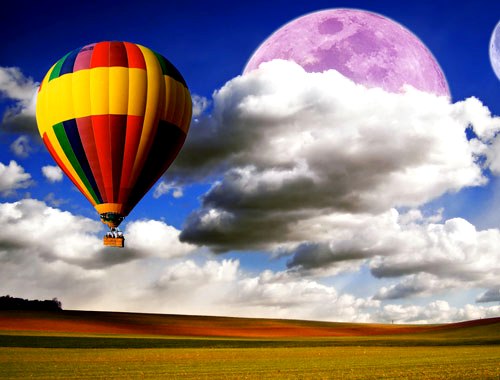 It is expected to attract many tourists

This is the first time to perform international balloons at North provinces which is expected to bring to local people and tourists excited feelings. The expectation fare for balloons which float in the air serving for adults is 200,000 VND, for children is 100,000 VND; the fare for visiting balloons is 25,000 VND. Especially, visitors who make an ascent in balloons will get a certificate which is issued by organizers.