HALLOWEEN ON THE STREETS IN HANOI

The young in Vietnam and Foreign take part in Halloween on the street in Hanoi. 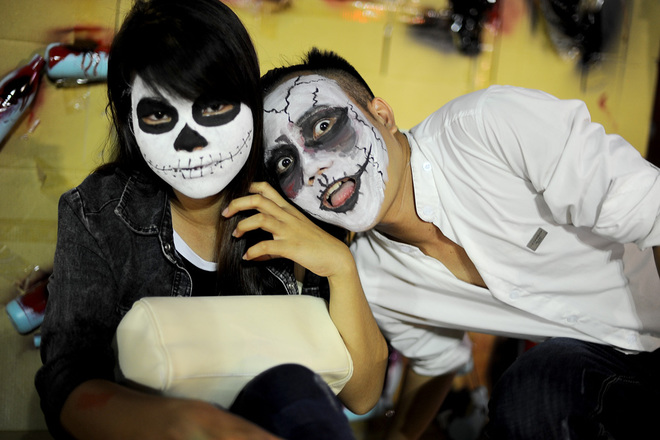 Halloween is often organized in the end of October, it has origin from the Western countries. There is the conception told that this day is the day to remember about people died. So people will disguise oneself as the spooky, fantastic characters to show the humor and ridicule to confront the power of death. Both Tuan and Trang joined the face painting team in Ho Tay Water Park. 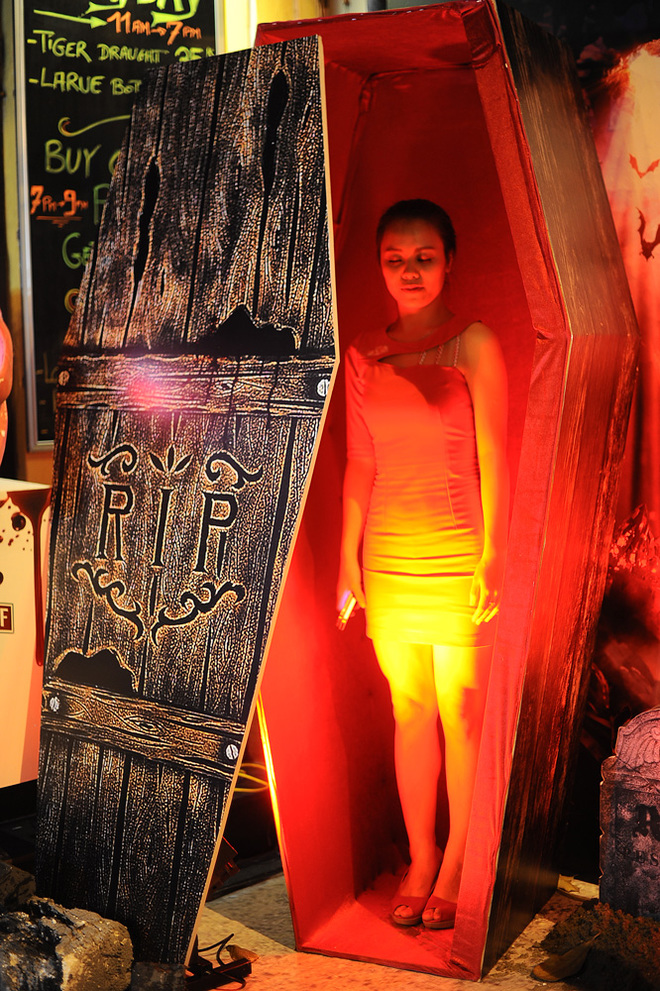 The bar on Ma May street built a coffin ahead the door to create the small cemetery space with the fanciful light. 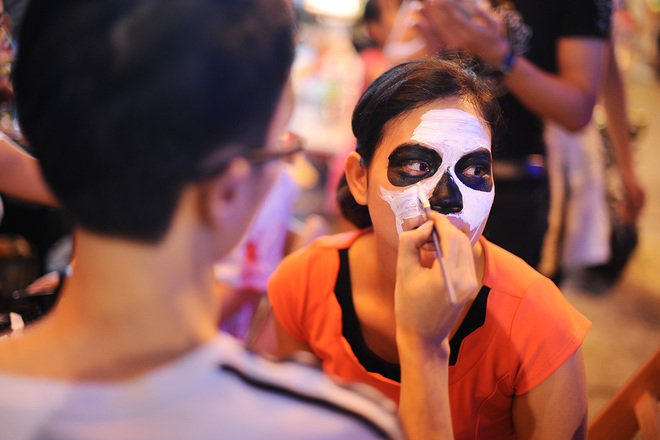 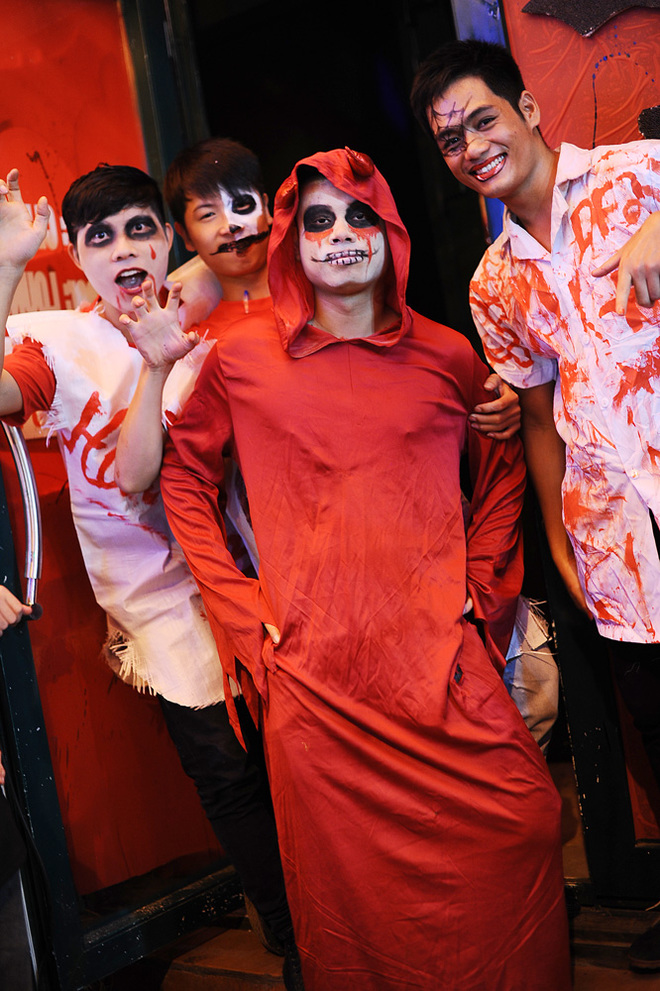 Disguising as ghosts is the most popular. 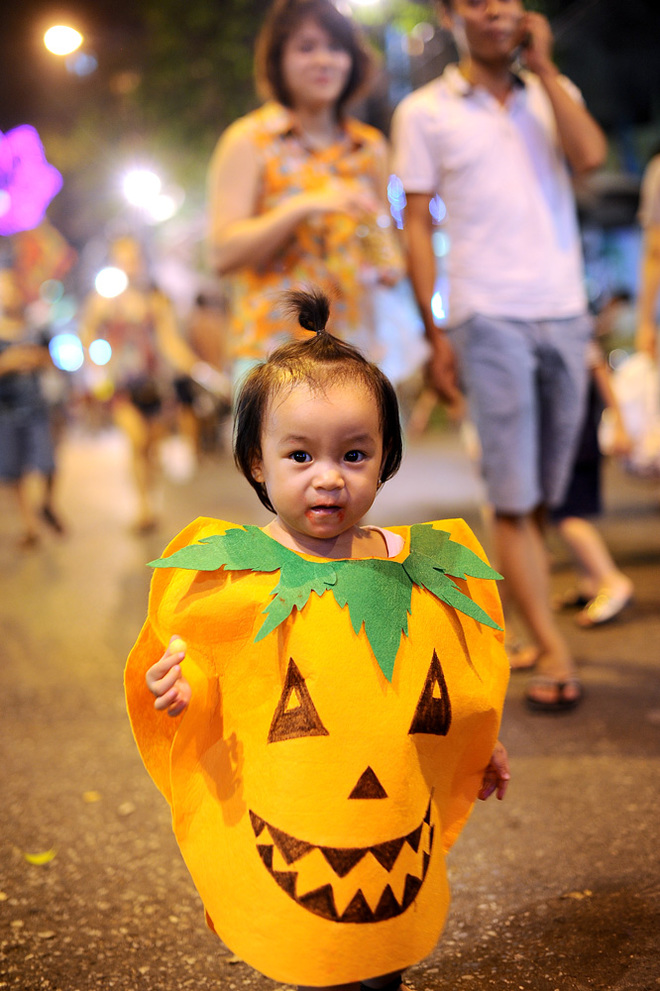 A child wears the pumpkins clothes. 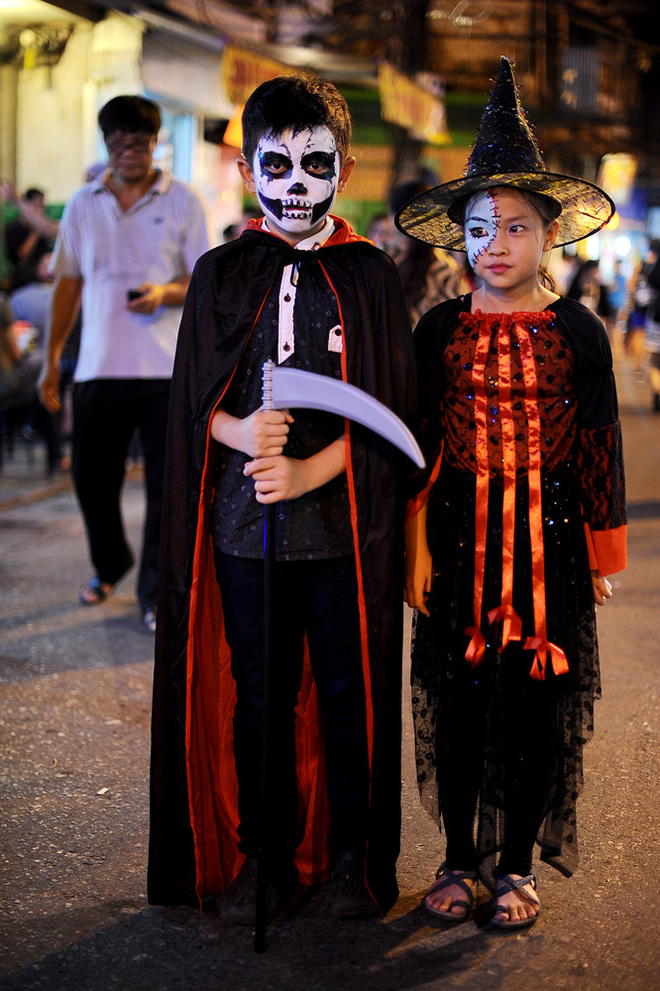 Two brothers requested the mother to disguise as the death and the sorcerer. 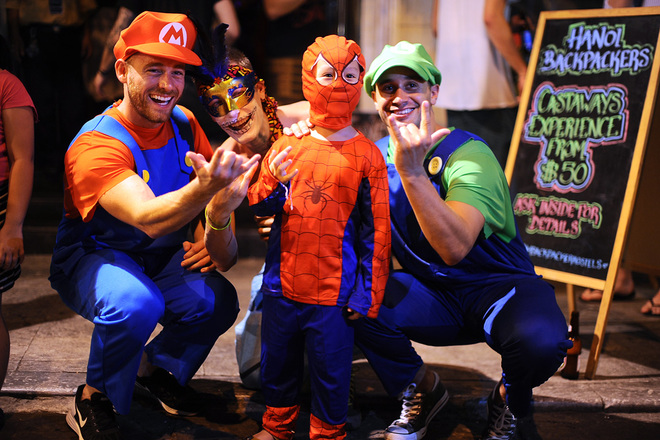 Foreigners disguise oneself as Mario – A character in Game. 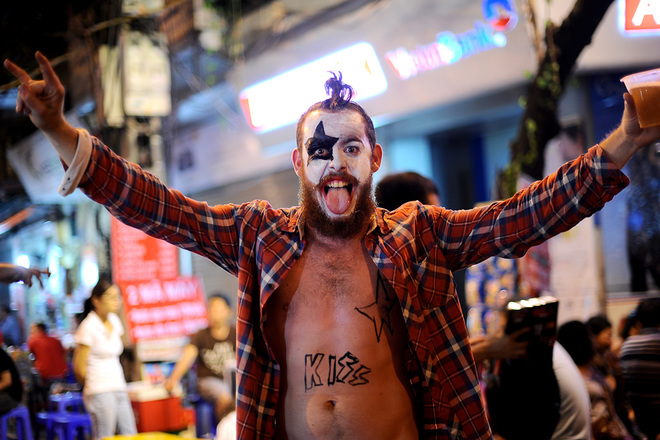 The prominent camouflage is one of the features to everybody notice the most. 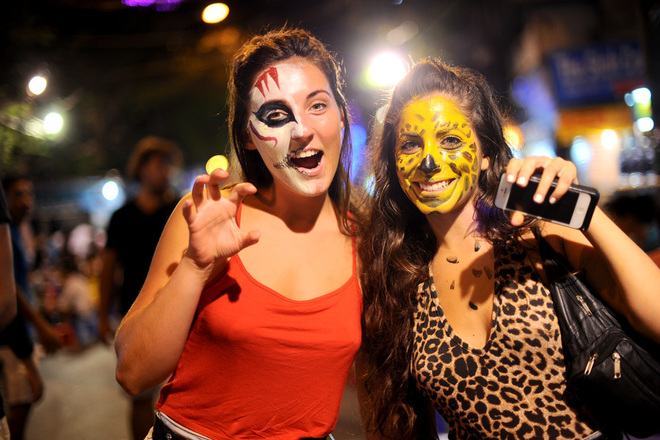 Each person will choose a specific style, although you disguise as Ghosts or the favorite characters, it all brings the fun and the fear on this day. 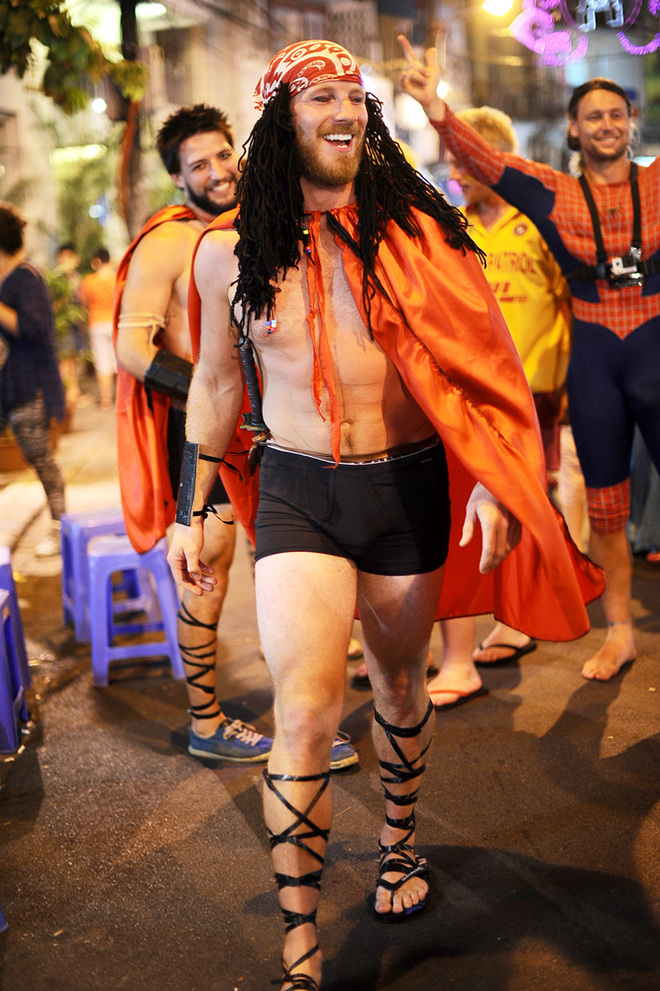 A character in the film “300 combatants” is disguised by foreigners. 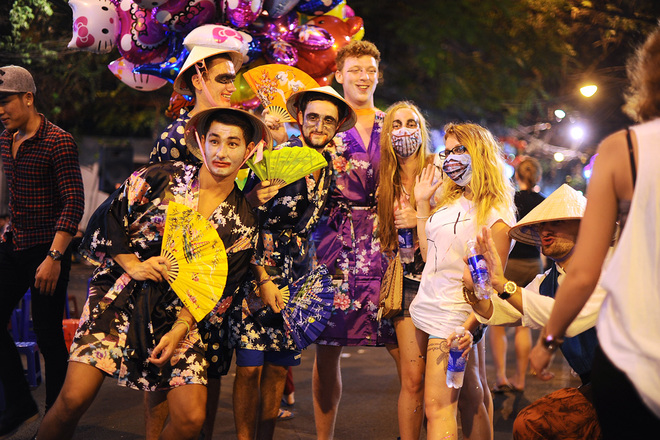 The boys who wear the costume bringing Nhat Ban style show excitedly when being joined Halloween in Hanoi.