>> 5 conditions to grand work permit for foreigners in Vietnam

>> Foreigners must have working permit before getting visa 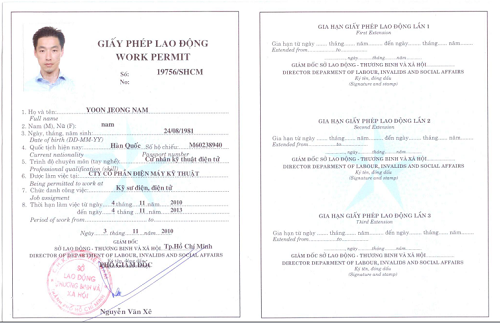 Decree No.102/2013/ND-CP of the Vietnam Government on detail instructions about conditions for granting or renewal or extending of Vietnam work permit and so on. In case foreigner are working in Vietnam without work permit will be excluded out of Vietnam.

However this decree has some problems compare with the previous normative conditions about new granting regulations. Following the state in this regulations for granting new work permit, foreigner must have the approval about using foreigner working in Vietnam of provincial Chairman People’s Committee in text. However, so far there is no circular instruction to apply this decree.

The Chairman of provincial People’s Committee appoint the Labor and Social Welfare Service to be chairman accompany with Provincial  Police, Department of foreign affairs and Department of Planning and Investment to review and check for using foreigner labor in over the province. The Labor and Social Welfare Service must sent official dispatch to all co-operations, Industrial park Management, Economic Zone Management and request them to apply seriously the decree No.102/2013/ND-CP dated on September 5th, 2013.

source from site of Departmen of Justice-Vietnam