According to new decree No. 112/2013/ND-CP on expelling foreigners who break Vietnam law dated on November 2nd 2013, they will receive deportation decision at least 48 hours before implementation and be expelled out of Vietnam.

Some important points in new decree will be showed in below:

According to new decree No. 112/ 2013 on November 2nd 2103, during 10 considered days, director provincial police or Director of Immigration department who have the right to decide to expel foreigners out of Vietnam boundary. Deported people will receive deportation decision at least 48 hours prior to implementation. 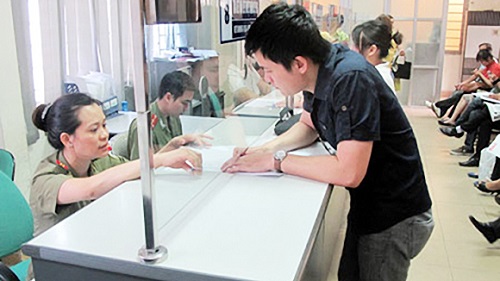 Commission who discover foreigners break Vietnam law, they must send documents, exhibits or equivalent custody facilities (if there) to the Immigration office or police’s provincial province in which foreigners register permanent or temporary residence or in which takes place violation. If violation is exposed by central office, agencies of police ministry, all dossier will be sent to immigration management.

During 10 considered days, sanctions will be decided by director of provincial police or immigration director. Violation decision to expel foreigners will be sent to Vietnam diplomatic ministry, consulate of diplomatic representations agencies which foreigners finally temporary living. The decision must contain Vietnamese and English in text.

Expelled people will receive deportation decision at least 48 hours prior to implementation. They can contact to their consulate or diplomatic representation offices to be protected, to be supported or to carry legal properties out of Vietnam.

In case foreigners is sick that must be treated emergency or because of other force majeure cases or implementing civil, administrative or economic obligations, they will be postponed expelled implementation. This decree was taken effect on November 17th 2013.

Source from: The Vietnam immigration department